The winds of change have visited our project this week and delivered a blast of good news. With a follow-up to our oh-so-friendly encounter with the neighbor, we have come away victorious.  Recall our project was held up for two months while she disputed the few extra inches of variance required for the bottom step, a variance that we already had.

Defying all logic, initially they granted us far more variance than we required, but realizing we needed far less, we had to go back to the board to ask for a lesser variance.

Deck Stairs and Back Stairs

Not even a full step, I might add. We were over the variance line by a mere 4 inches. At this month’s zoning board meeting the board voted unanimously in our favor. Our sour neighbor stormed out in protest. Seriously left a draft in her wake. Why she was so outraged is not clear to us because once our fence  is reinstalled she will not be able to see ANY of the steps. 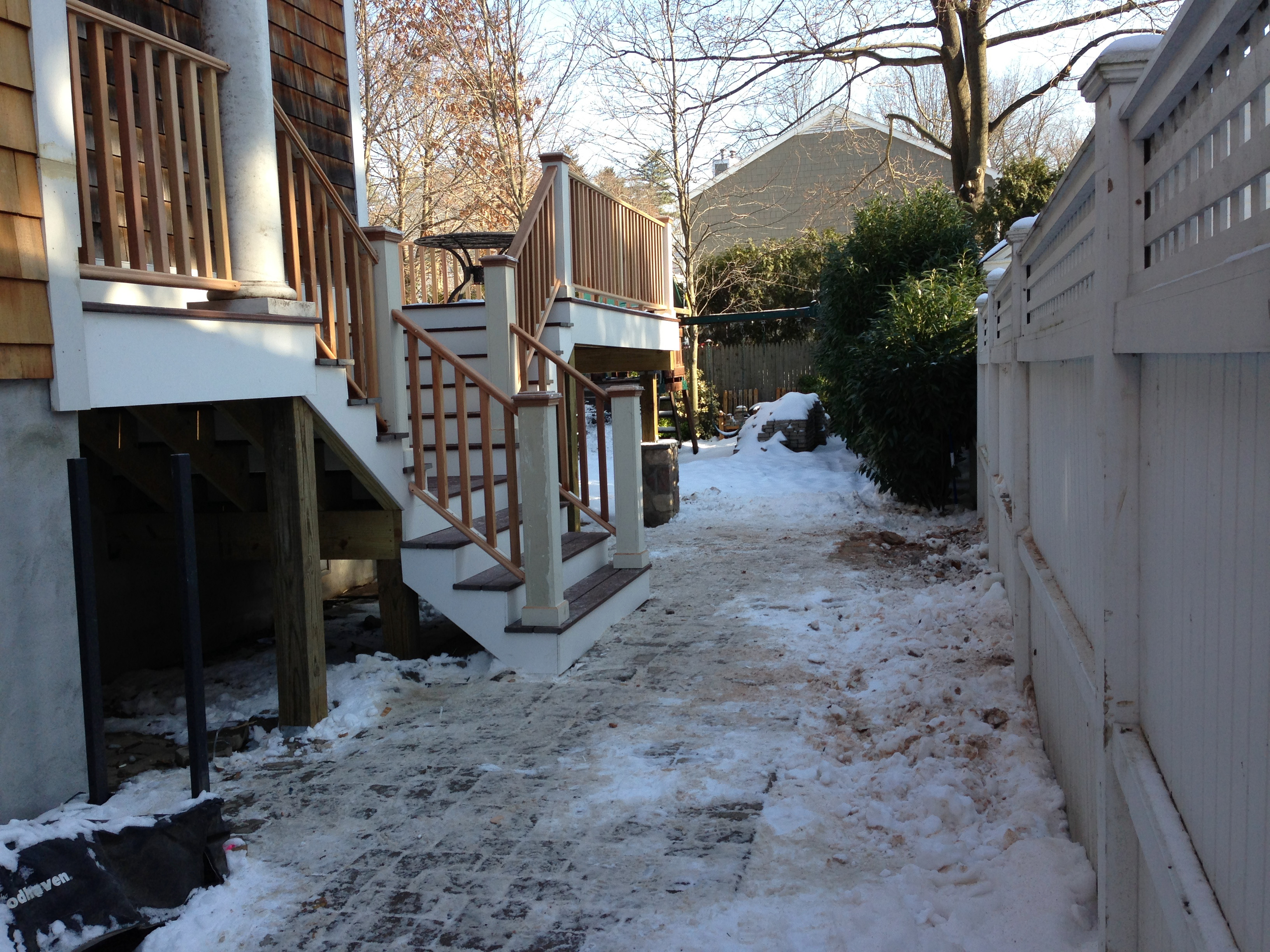 Above are the completed rear entry stairs leading to our back deck and back door. The issue that kept us in temporary housing for two extra months, with three children, was a mere four inches. Neighbor believed we did not have the proper variance. In reality we had way more variance granted to us than we needed. So silly … and frustrating … and costly.

Unauthorized use and/or duplication of this material without express and written permission from this site’s author and/or owner is strictly prohibited. Excerpts and links may be used, provided that full and clear credit is given to FloodSavvy.com with appropriate and specific direction to the original content.