Before the House Elevation

One of the first steps in this house elevation project was to remove the chase of a superfluous chimney. As all of our mechanicals had already been relocated to another area of our house, well above the threat of any flood, this chimney was no longer needed. As such, it had to be removed prior to elevating our house.

As the chimney extends from the basement to the roof, it used to be hidden away behind our walls, minding its own business. But it did create an unfortunate bump-out in our kitchen that broke up the visual flow of the room, as well as taking up valuable real estate.

After the House Elevation

We’ve since ordered new cabinets to fill this void and will have a butcher block installed merging the two counter top pieces. The butcher block will help to break up the monotony of a long run of granite as well as make it appear more inherent to the kitchen rather than an after thought add-on. While we wait for the cabinets to arrive, we’ve prepped the space in anticipation.

On our second floor, we created a linen closet when the chimney used to run. As an old house, closets are not its strong suit. Maybe in that bygone area they didn’t have any extra stuff to squirrel away anyway. 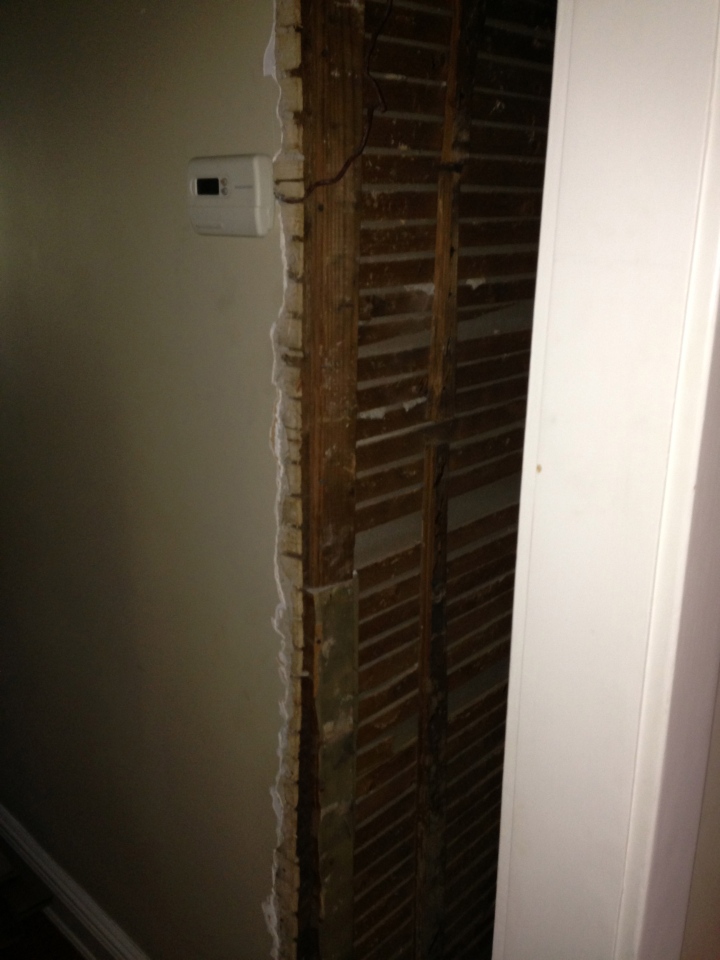 One thought on “Prepping House for Elevation: Chimney Chase Remodel and Design”

Unauthorized use and/or duplication of this material without express and written permission from this site’s author and/or owner is strictly prohibited. Excerpts and links may be used, provided that full and clear credit is given to FloodSavvy.com with appropriate and specific direction to the original content.